The Irish Squash Challenge 1 takes place this weekend in Belfast Boat Club from Friday August 27th – 29th. The entry is limited to Irish based players. After 18 months without tournament squash, Sport Ireland gave permission to hold this PSA event, for our top home based players.

PSA registered players have been training in a high performance hub, under strict controls since May. This was given special permission by Sport Ireland.  The players have low PSA ranking points due to Covid therefore Irish Squash is sponsoring the event and using the opportunity to run a PSA tournament. It is smaller than usual, but set up by the PSA to support players in these challenging times. The event was due to be played in Dublin but had to be moved to Belfast due to Covid restrictions. Irish Squash thanks Belfast Boat Club and Ulster Squash for facilitating the tournament.

The 1st round matches start at 5.30pm on Friday 27th with the last match at 8.30pm. The semi finals start at 12pm on Saturday with the final at 12pm on Sunday. All matches will be live streamed on Irish Squash TV. Make sure to tune in and enjoy some top quality squash!

First day of competition after 18 months and we had some really super matches to get us back. We started with the number 1 seed vs local player Todd Gowdy. As you’d expect, both players started slowly feeling each other out and getting back to tournament squash. Conor just edged the first game. Then Moran started to show why he is number 1 seed and got hold of the match well to win the 2nd, 11/6 and closed it out 11/1. Job done!

Next up was no, 2 seed Sam Buckley vs Denis Gilevskiy. Again both players were slow to start but Sam pushed a bit more to take the 1st 11/5. Despite being up in the 2nd Buckley got a little casual, made some mistakes and let Gilevskiy take it 11/9. Sam was annoyed with himself for that slip and was not going to give Denis any more chances in the next 2 games, which he won well 11/5, 11/3, with Denis making some uncharacteristic mistakes. One could see the rustiness after the long lay off.

Another Belfast player, Peter McNeice was next on vs Gavin L’Estrange from Sutton. This was a super match which was very close, with both players giving it everything, which could have gone either way.  At 2 all we went into the decider, Gavin took an early lead, only for Peter to come back to 3 all. Then it went nip and tuck with Peter just edging ahead 9/7. He looked favouite but Gavin dug in and didn’t give up. There was some really super squash from both players with some great retrieving. Peter just couldn’t get the 2 points needed and Gavin took it 11/9 and 3/2.

Our last match was a triller to finish. Oisin Logan played clubmate 18 yr old Alex Smith. One forgets how young Alex is, as he has grown up so much since we last saw him. The 1st game was a bruiser, lasting 25min and going to Alex 15/13.  Oisin then set about his task and won the next 2 with some excellent driving and pure workrate. Alex was equal to the task and the 2 fought it out like 2 prize fighters. Alex won the 4th 11/7.  So our 2nd 5 game match of the night. They were were on court nearly 60 min at this stage. The 5th was another ding dong battle with both players changing shirts for the final game. Oisin took an early lead to 4/1 but Alex started to take control and looked very much at ease controlling the rallies.  He eased ahead slightly, 8/7, 9/7 and looked to have it, but Oisin wouldn’t give up.  The Alex got match ball, 3 in fact, but went for the winner off the return of serve, into the tin, one match ball gone. Never mind, he had 2 left. But Alex did it again and went for a quick winner, into the tin again and it was 10/9. Then from being in control Alex lost it slightly, but fatally and Oisin won the next 3 points to take it 12/10 and the match. There was the youthful exhuberence vs a bit more experience of the 25 yr old Logan. Oisin knew he got out of jail and Alex was so dissapointed. Hopefully a good lesson for him in senior competition, which he has played so little of, with him still a junior.

So a great start to a new chapter of competitive squash; the first of many we all hope for 2021/22.

Two super, semi finals on Saturday which should be crackers with Conor Moran vs Gavin L’Estrange on first at 12pm and then an entralling match of youth vs experience with Sam Buckley vs Oisin Logan. All streamed live on Irish Squash TV, so tune in.

The first match in the semi finals was Conor Moran vs Gavin L’Estrange. Gavin had a tough 5 game match on Friday night vs Peter McNeice and Conor’s match was a  much shorter 3 game match, so this may prove to be an issue on Saturday morning after a late Friday night. The 1st game was tit for tat with both player feeling each other out. Conor just took it 11/9. Conor now started to inpose himself on his opponnent who was starting to make some mistakes. Conor went into an early 6/1 lead and looked in control. Gavin stuck in, but Conor closed it out to go 2  games up. The third was similar to the 2nd, with Conor looking at ease, making few mistakes. He took it easily enough in the end 11/6. An easy enough victory for Moran, but Gavin fought bravely.

We were expecting a close match in the 2nd semi, with young Sam Buckley, the no. 2 seed up against Oisin Logan. 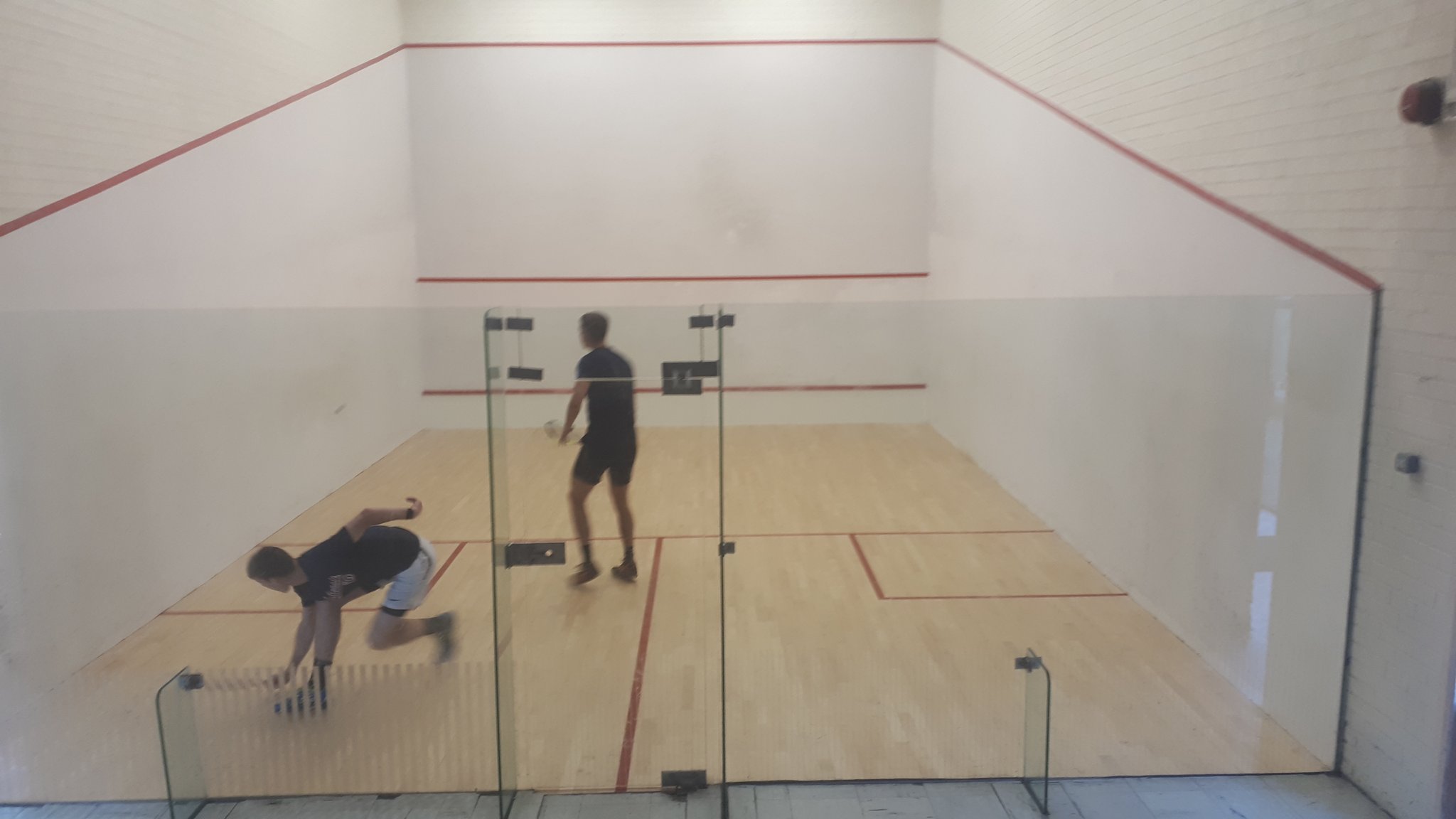 Again it started with both players feeling each other out and it went to 6 all. Oisin looked a little tentative and made a few mistakes with Sam taking the first 11/6. Sam was moving very well, as he did on Friday night. Oisin’s marathon 80 min match from Friday night started to look like it may be a factor. It went to 4 all with some lovely rallies and then Sam took control and won it 11/4. Oisin was working hard and giving it his all but he couldn’t just take control. The 3rd was close but Buckley never looked like he was going to lose it. A few mistakes creep in from Oisin and Sam was very solid to take it 11/8 and 3/0, a easier match than we expected.

So the top two seeds have come through to the final, in what should be a great battle. It will be surprising if it doesn’t go to 5 games. Make sure to tune in to Irish Squash TV to see all the action.

The final we expected and were looking forward to. Both players settled in to the match well, with it very even for the 1st game. It was 9/7 to Conor and he looked to be in control, he then got 2 game balls, 10/8. Sam then played a lovely disguised drive from mid court down the left, wrong footing Conor, 9/10. Sam saved the other game ball and then got one of his own. A lovely rally with some super retrieving and Conor saved the game ball. Sam got another one 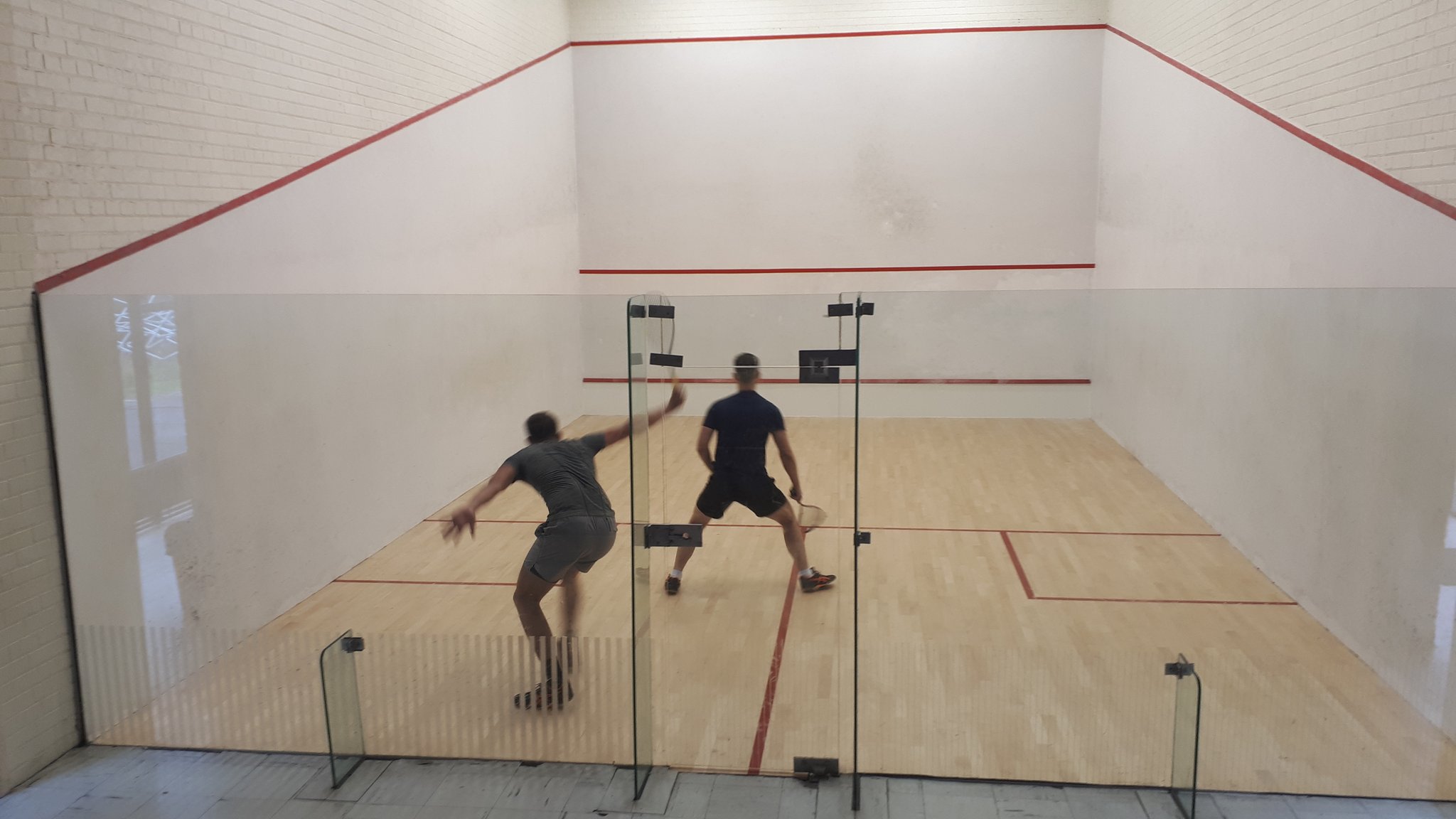 Conor knew he had to react and was disappointed having let the 1st game go. He raced into a 5/1 lead, playing some super squash but Sam wasn’t going to let him have it easily. Sam then started playing some lovely lengths and drops – front wall/side wall, taking all the pace off the ball. Sam got it to 5/6. Conor went to 7/5 with great  play of his own. Then at 8/6, Sam played a straight drive that had perfect length to bring it to 7/8. he then won the next 4 points in a row.  He was playing some lovely variation from cross court to disguised drives which won him the 2nd game.

Obviously Conor had to do something fast, however Sam was in no mood to give him anything easy. Conor gets a good start and is 2/0 up. Sam then gets into it, brings it to 2 all with a lovely streaching drive. His balls were tight to the wall and Conor could do little with them. Sam gets to 4/2, then Conor not giving in, plays his own good lengths to get it to 4/4. Then in the middle of the game Conor plays a couple of loose shots down the middle giving cheap strokes to Sam. Sam was on a roll now. At this stage he was just too good for Conor. He played a really tight drop and then a nick to bring it to 9/5, gets another, 10/5 and wins it 11/5 and 3/0. Sam was in determined form and Conor just couldn’t get to him in this match. Despite the 3/0 scoreline it was close match and very enjoyable to watch.

A great tournament to kick start, (we hope) our new season! Upwards and onwards!!